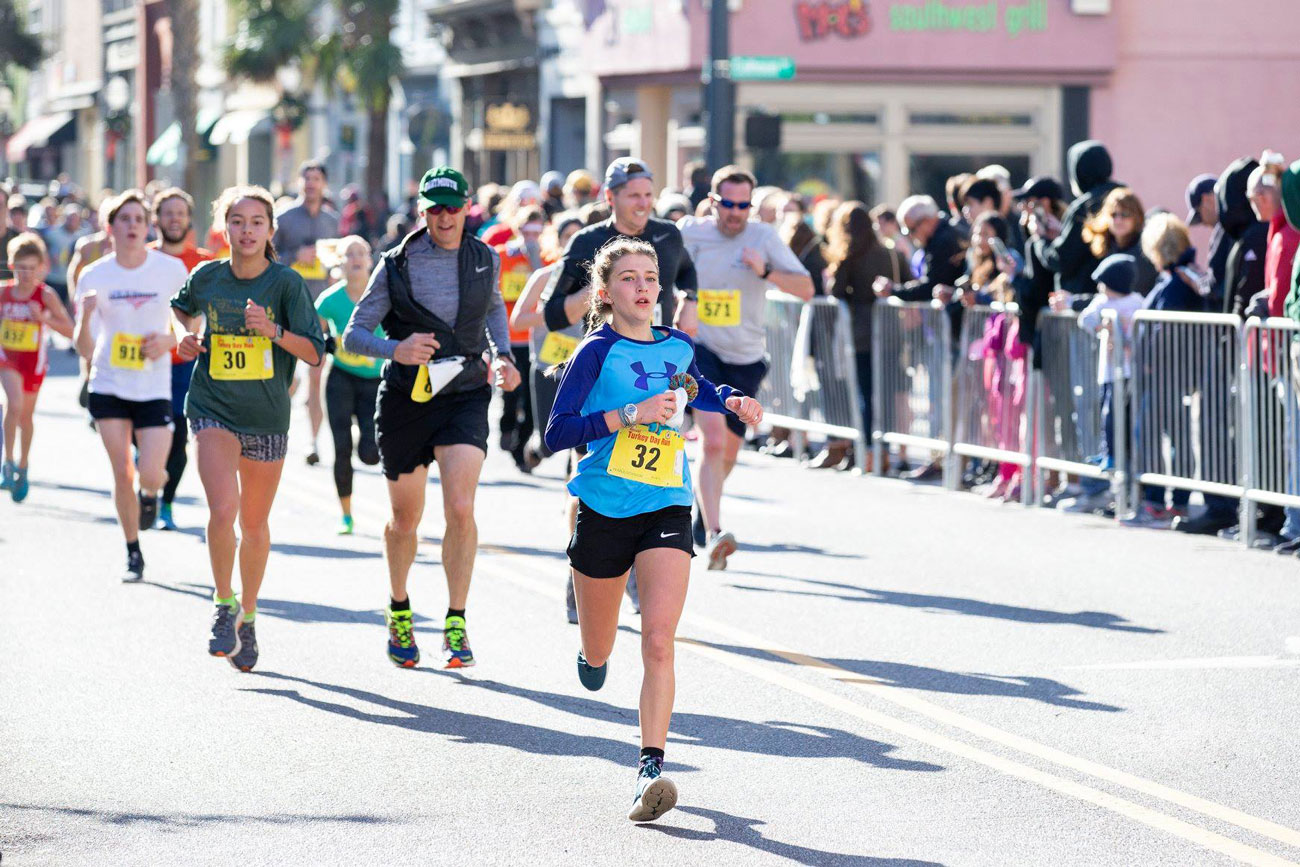 HISTORY OF THE RACE

Perhaps the Knights of Columbus is best known locally for its sponsorship of the annual Turkey Day Run. This race celebrated 100 years of great racing in 2014!! It was first sponsored by Council No. 704 in 1914. This race has undergone various format changes throughout its history. The race was, at one time, run from Charleston to Summerville. It was later changed to a relay race. In 1950, its format was modified to be a competitive relay race among local high school track teams. These three mile, six man, relay races were held at the Battery and at Stoney Field, until they were discontinued following the 1972 race.

In 1978, Council 704 reinvented the race in its current form which encompasses a 3.1 mile run and walk – the Gobble Wobble. It is a competitive race open to all serious and family-oriented participants. The event annually attracts over 8,000 participants from 35 states, Canada and Mexico who run and/or walk. It is truly established as a premiere running 5K event in South Carolina. Historic Charleston is the home of fine dining second to none. Shop till you drop on historic King Street, Take one of the many home tours, Ghost tours, Horse and buggy tours. Visit the old fort district on the lower peninsula or one of our museums. There is something for everyone! So much to do So much to see.

The annual Turkey Day Run & Gobble Wobble is a U.S. Track & Field certified five kilometer race that winds through historic downtown Charleston and out to the peninsula. Marked by beautiful scenery and historic landmarks, the majority of the course is flat - descending slightly in the first half of the race to the peninsula and then rising on the return route.