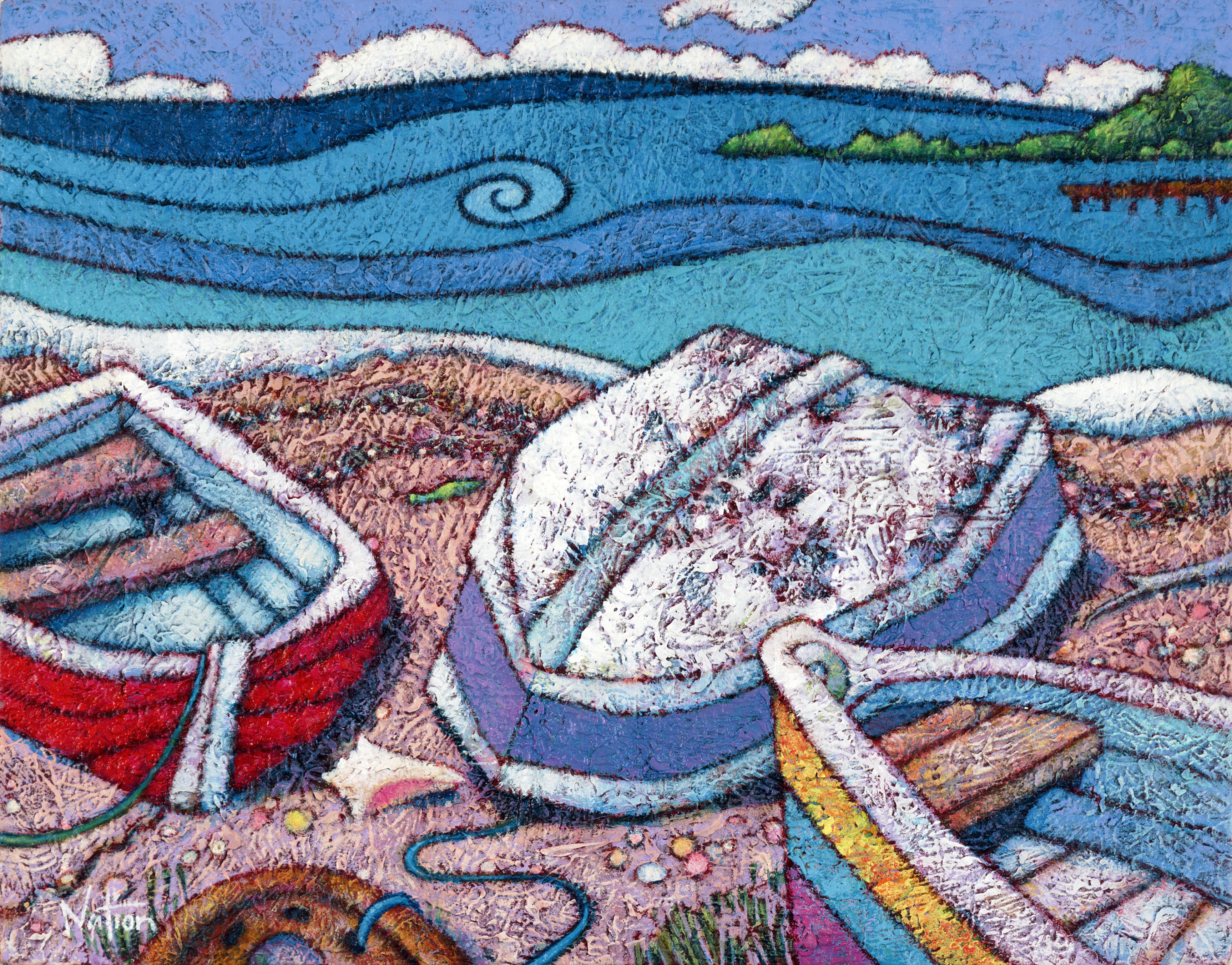 Local artist Tate Nation’s artwork will be featured on the t-shirt for the annual Turkey Day Run & Gobble Wobble, the race committee announced on Tuesday.

The committee selected to use Nation’s painting James Cistern Boats for the race’s t-shirts and posters this year because it’s beach scenery shows a significant part of Charleston culture and one of the attractions for year-round tourists.

“We had a really great response from people last year about the design of the shirts and it has become our most popular t-shirt to date,” Race Director Rob Wills said. “We are excited to be able to feature another of his beautiful paintings representing Charleston on our shirt.”

Nation’s painting, which was completed in 2006, took approximately 30-40 hours to create due to the heavy texturing and acrylic paint medium. The Charleston resident counts the piece among his favorites because of its feel-good nature.

“Charleston is so closely related to being on the water,” Nation said. “The water is such an important element around here. I have a thing about wooden boats and mixing them together. To me, it’s a feel-good piece.”

On the Harbor, another of Nation’s colorful Charleston-themed paintings was the design for the Turkey Day Run’s t-shirts and posters last year. The positive response from participants led Wills to seek out another piece by Nation for the 2012 race.

Nation enjoyed being a part of the race’s festivities last year and was thrilled to be a part of it a second time.

“It was a great experience,” Nation said. “I’m an active runner and I really enjoy being a part of the fitness community around here. The Expo was great because I got to meet the folks who were coming in to pick up their packets and see a bunch of friends and acquaintances.”

The publicity resulted in a noted difference in sales of the selected painting for the artist, who sold prints and jigsaw puzzles of his work at the Expo and online. Nation will be present for the Expo again this year on Nov. 21st and enjoys meeting race participants and signing autographs for his many fans.

To register for the 35th annual Turkey Day Run & Gobble Wobble or purchase a t-shirt with Nation’s design, visit www.turkeydayrun.com.