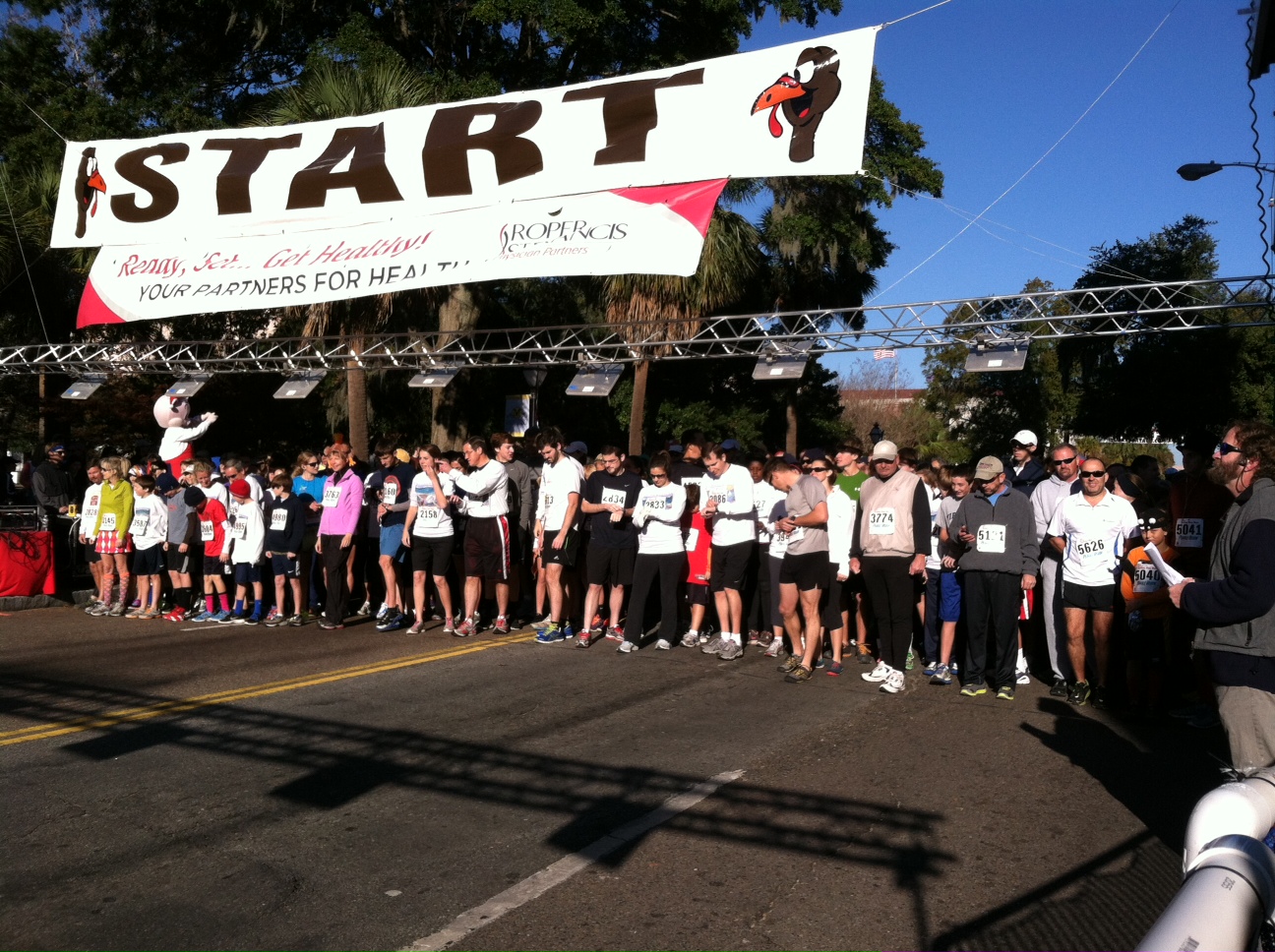 The 35thAnnual Turkey Day Run & Gobble Wobble broke its attendance record for a ninth straight year with 6,281 registrations for the annual Thanksgiving tradition.

“We continue to be thrilled with the growth of this race,” Race Director Rob Wills said. “Families from around the country have made this part of their Thanksgiving tradition and we love to see them enjoying the race and other festivities.”

On the women’s side, two-time champion Lauren Goss, 24, originally from Mt. Pleasant, picked up her third straight win with a time of 16:46. The professional triathlete narrowly beat 26-year old Esther Erb, who crossed the finish line just .16 behind Goss.

The crowd enjoyed an expanded post-race party with a climbing wall, bouncy castle, donut dunking station, face painting, a photo booth, music by the Blue Dogs and free beer for those of age

The Turkey Day Run & Gobble Wobble is organized annually by the Knights of Columbus, Council #704 with the mission of raising money for charities across the Lowcountry. The Council donated more than $80,000 last year to a dozen different charities including Camp